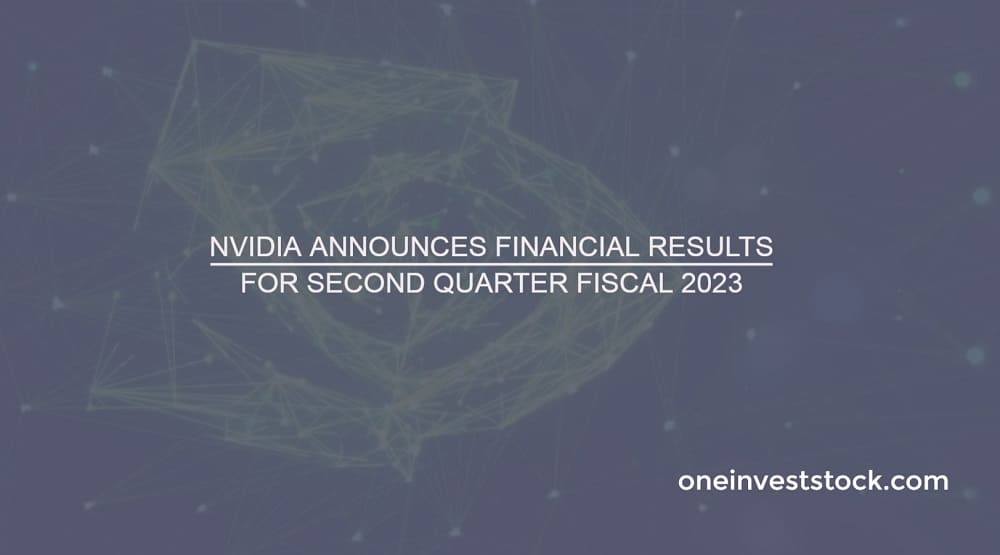 On August 24, 2022 the NVIDIA company published the report for the 2nd quarter of 2023 financial year. After the close of the main trading session, shares of NVIDIA (NVDA) fell 4.6% to $164.4. The fall in shares is due to the fact that the report did not live up to the expectations of Wall Street analysts.

Highlights from the report:

The main reason for the weak report is the decline in consumer demand in the gaming segment, which is one of the main ones for NVIDIA. In the gaming consumer segment, NVIDIA sells graphics cards and hardware for personal computers, including laptops. Gaming segment revenue fell 33% ($2.04 billion) year-over-year, with a 30% decline in total revenue share.

The reason for the weak report is the macroeconomic situation in the world: falling demand from consumers and disruptions in supply chains. CEO Jensen Huang said that NVIDIA is working to solve problems in the supply chain.

Weak forecasts for the current quarter

In the current quarter, NVIDIA plans to commit $5.9 billion in revenue, while analysts had expected revenue of $6.9 billion. The company forecasts sales will decrease by 17% compared to the same period last year. The company believes that sales in the gaming segment will decline.

Wall Street analysts believe that NVIDIA’s long-term outlook remains positive. In the near future, NVIDIA shares should be considered for purchase. Technological development and demand growth in the data center segment will be strong growth drivers.

The consensus forecast of Wall Street analysts is “buy”. The average target price is $242 over the next 12 months. Possible growth potential is about 40%.