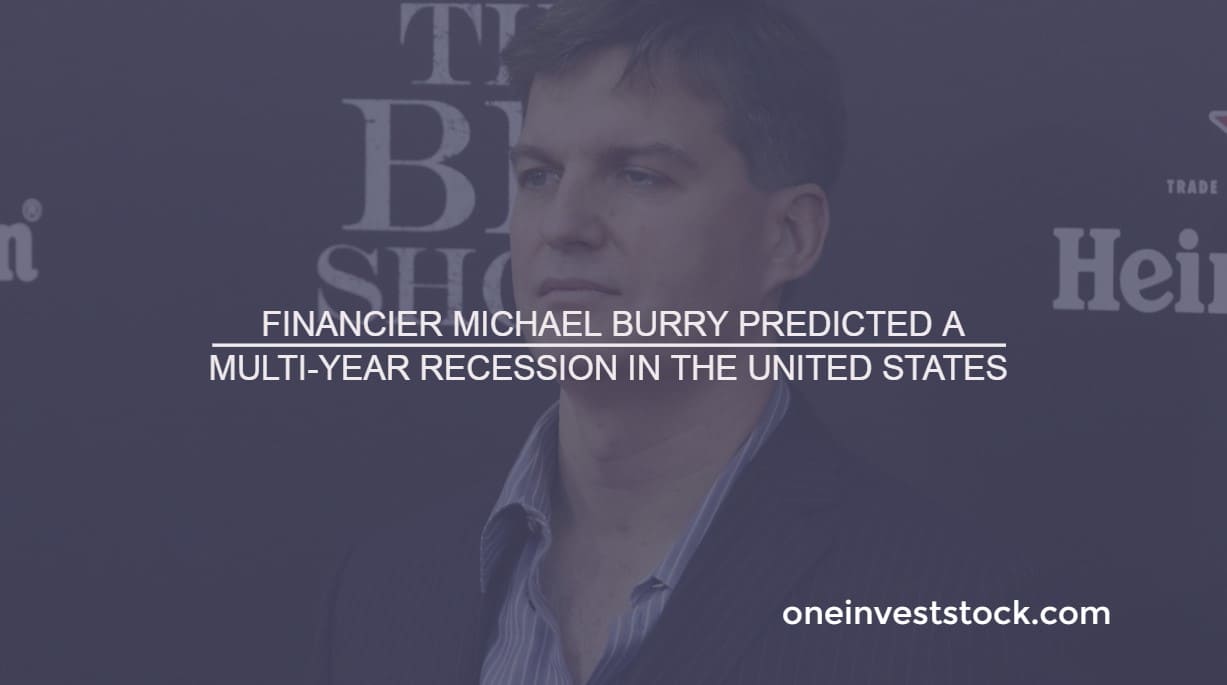 Famed financier Michael Burry, who predicted the mortgage crisis in 2008, believes that the US government has no effective measures left to quickly exit the recession.

The head of the hedge fund Scion Asset Management and financier Michael Burry predicts that the US will plunge into a multi-year recession. Recall that it was Michael Burry who became the prototype of the hero of the film “Big Short”. It was he who became one of the first analysts who predicted the collapse of the US real estate market, after which the global financial crisis began in 2008. On the eve of the 2008 global financial crisis, Burry placed a bet against the market. He ended up making $100 million for himself and $700 million for investors in Scion Capital, which Burry then managed.

“What forces can pull the US out of recession? They don’t exist now. Therefore, a protracted multi-year recession awaits us,” – Burry said on his Twitter page. The tweet was later deleted.

The head of the hedge fund Scion Asset Management regularly posted strange messages on social networks, which he then deleted. For example, in mid-November, Burry hinted that he had a big bet on the stock market going down. “I have a lot of short positions right now,” – Burry wrote.

He has repeatedly criticized politicians for rising inflation due to excessive measures to support the economy during the pandemic. The financier believes that it will become more difficult and expensive to stimulate the growth of the US economy in the future, especially in the face of rising inflation. In June, the financier drew attention to the fact that US residents are faced with a rapid rise in inflation and rising interest rates. Because of this, Americans began to save less and borrow more money. In the future, such a policy could lead to a decrease in the income of large companies, which could trigger an economic downturn.