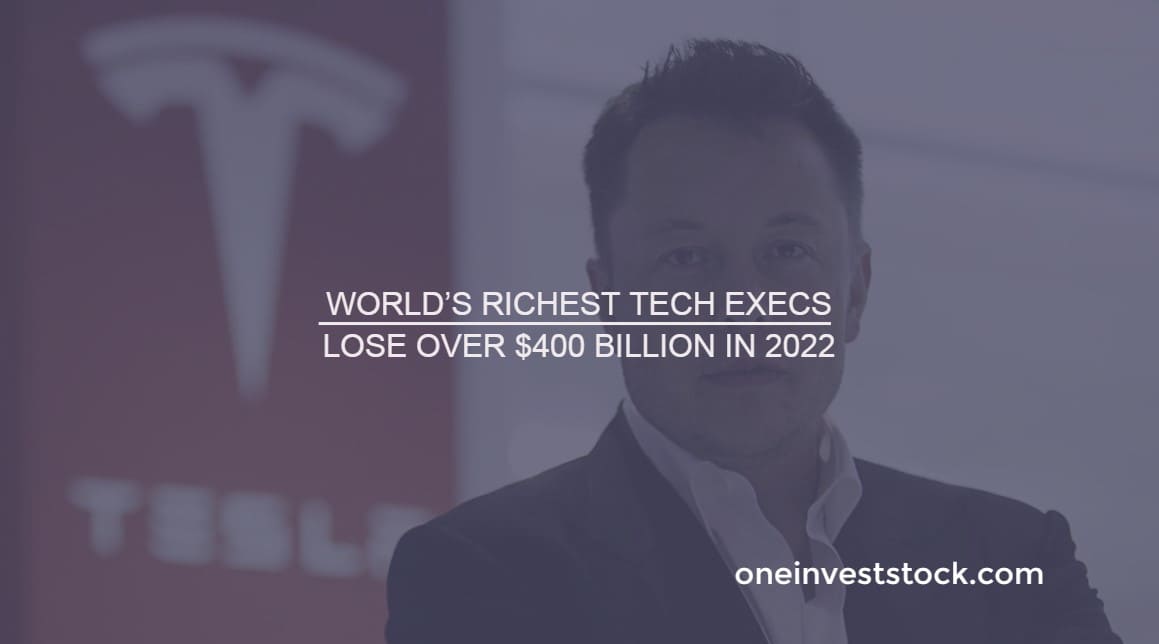 The richest people in the United States have lost a fairly large fortune in 2022. The wealth of the 8 richest entrepreneurs in the United States decreased by almost $400 billion in 2022. Elon Musk’s losses in 2022 amounted to a record $140 billion due to the decline in the value of Tesla shares, while Jeff Bezos (founder of Amazon) lost $86 billion.

How much did the richest people in the US lose in 2022:

As a result, the 8 richest residents of the United States lost $ 386 billion of their fortune. These cash losses are comparable to the market capitalization of JPMorgan and exceed the market value of Tesla ($345 billion), Nvidia ($352 billion) and many other technology giants.

Billionaires have lost some of their wealth due to the decline in technology stocks in 2022. For example, the Nasdaq index, which includes tech stocks, fell 35% between January and December 2022. The decline was due to the increase in interest rates by the US Federal Reserve to combat inflation, which has reached a record high in the past 40 years. Among other negative factors that led to the decline in prices for technology stocks, it is worth highlighting the long quarantine restrictions in China, the disruption of supply chains, and the energy crisis in Europe.

The increase in interest rates by the US Federal Reserve has led to more expensive loans, which reduce the demand for goods and services. However, high interest rates increase the yield of bonds and savings accounts, making them more attractive than stocks and other risky assets.

As a rule, technology stocks are more dependent on forecasts for future cash flows. They become less attractive in a volatile economic time, when the risk of a recession could reduce demand and slow the growth of income of technology giants.